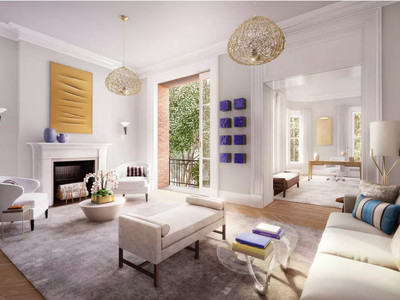 In April, developer Shahrzad Khayami announced plans to convert an 11-unit building in Brooklyn Heights into a single-family home. It was asking $18 million at the time, and had it sold for the full ask, it would have handily beat out the 15.5 million sale of 177 Pacific Street to become the most expensive home sold in Brooklyn.

That didn’t quite work out for Khayami, and now with the renovation nearly complete, the house will come back on the market later this week, and will ask $2 million less than its original ask, Brownstoner reports. She’s also changed sales teams from Town Residential to Compass for the listing this time around.

The house was recently the subject of a piece by New York Times writer Ginia Bellafante who questioned how projects like this were contributing to the city’s homelessness crisis. The piece has polarized opinions just as the renovation of the house at 146 Willow Street has divided local residents, according to Brownstoner.

So what’s all the fuss about? From what we know so far, the house, which spans 7,750 square feet, will come with a landscaped roof garden, an elevator, a meditation room within the master bedroom, and a restored facade. Khayami’s firm AscentSeven hired Baxt Ingui to carry out the renovations, and it has been redesigned to Passive House standards. After all that, will a buyer be willing to fork out $16 million? Head on over to Brownstoner to check out the other interior renderings.