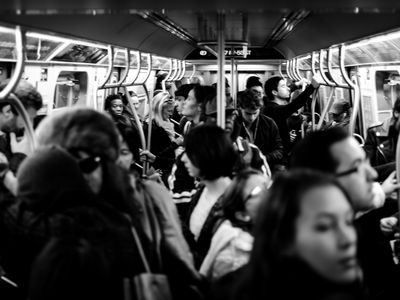 Delays have almost become synonymous with the MTA subway and it’ll be a while before things get any better. According to DNAinfo, MTA’s recent data shows that weekday subway delays were up 21 percent in August compared to the same period last year. This isn’t the most shocking news, however understanding the causes behind overcrowding may (or may not) put things into perspective.

Communication-Based Train Control, or CBTC is a modern signaling system that allows for improved train control, more reliable service, and shorter gaps between trains. It’s also something that the MTA does not yet have. The MTA is currently working on installing the system but it is costly and “an incredibly long-range thing,” said Jon Orcutt of public transportation advocacy group, the Transit Center.

The process is so long-range that the MTA has been working on getting the CBTC installed for the last 20 years. The L train happens to be the only line that fully utilizes the state-of-the-art system because the line doesn’t switch between multiple tracks as most others do. According to MTA spokesman Kevin Ortiz, the system is being installed on the 7 line, Eighth Avenue line, Brooklyn F line, and the Queens Boulevard line.

Governor Andrew Cuomo has plans to incorporate open gangway cars, which are wider and allow for about 10 percent more passengers, into the city’s transit system, but that too will take awhile. The MTA is hoping to purchase roughly 750 “open-end” subway cars that are longer and have wider doors, allowing the train to spend about 32 percent less time in the station as passengers enter and exit more efficiently.

These changes are a work in progress, and there’s no mention of an official timeline as to when all of this will be fully implemented. Until then, each subway ride will continue to be a gamble with luck.