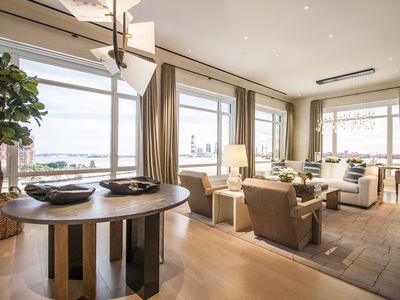 Projects designed by Robert A.M. Stern are generally shrouded in mystery right up until they near completion.That’s basically been the case with his condo now rising on Tribeca’s waterfront. However as construction got underway this year, some tidbits of information have emerged on the highly-anticipated development.

Curbed recently got a chance to tour the sales gallery for 70 Vestry, as the future condo will be known, and we’ve come away with several new details on the 14-story structure that’s being developed by Related Companies.

The sales gallery for the condo is located just a couple of blocks away from the construction site, and it’s evident that the space is fitted with many of the same materials that will be used at 70 Vestry—Stern’s signature limestone facade, raw oak, and a miniature version of a glass sculpture created by artist Alyson Shotz that will sit in the building’s lobby once it’s complete.

Just beyond the sales gallery’s lobby is a model of the building where sales agents get a chance to light up specific areas within the model that represent the apartments, outdoor spaces, and amenities. Curbed’s tour was led by Kristina Wallison and Robert McCain from Related Sales. While the model may be an informative tool for prospective buyers, what’s truly attention-grabbing is a video shown in a room beyond the model. Related hasn’t made the video publicly available, and it can only be viewed by prospective buyers visiting the sales office.

In it, Stephen Ross, the chairman of Related Companies, Stern, and Daniel Romualdez, the interior designer, all describe their vision in regards to 70 Vestry. 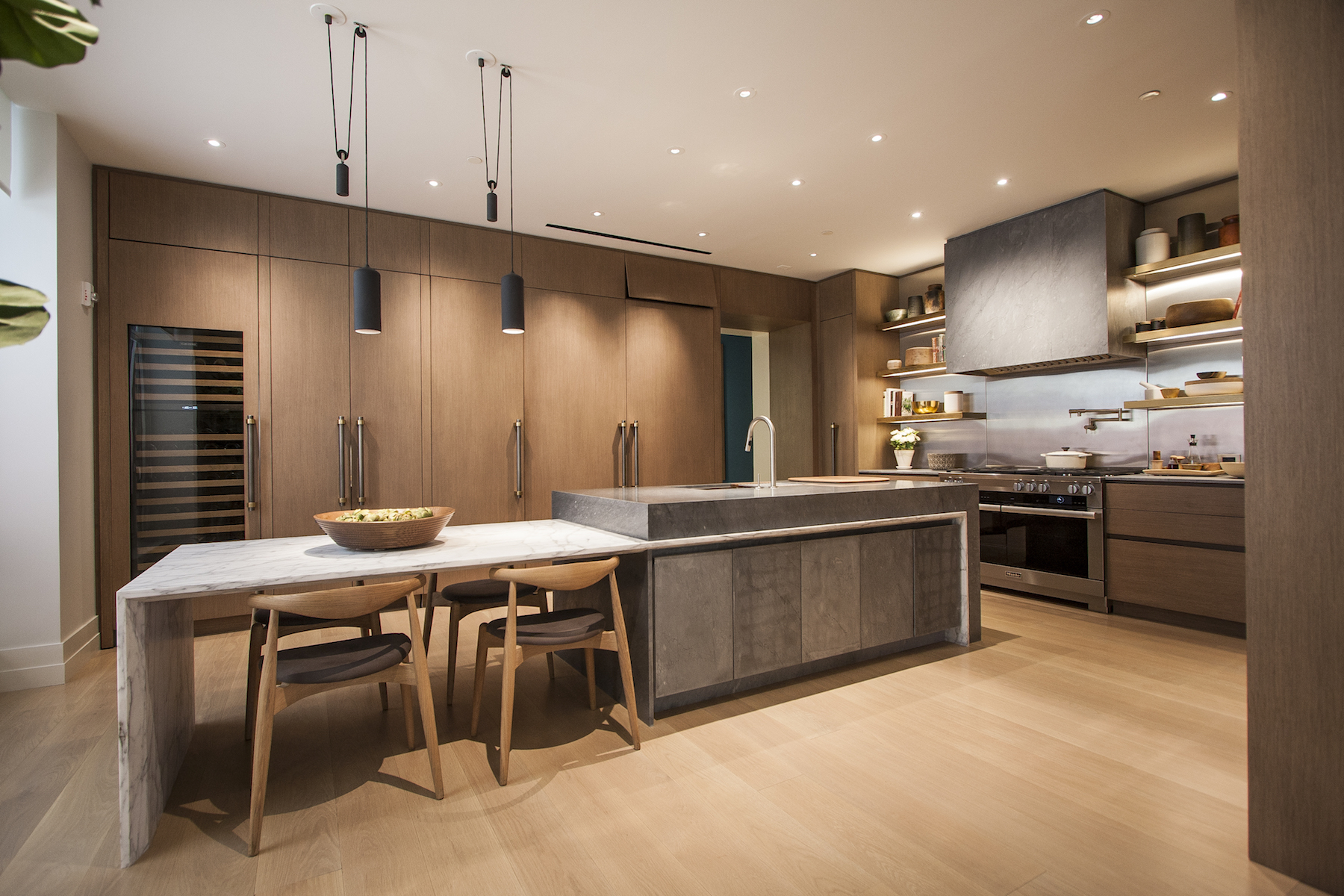 “I like to think of myself as a modern traditionalist, so one can go back to go forward,” Stern says in the video. “We picked a French limestone [for the exterior] which has a kind of pink glow which will be particularly fabulous as the sun sets over the Hudson and brings in a warm orange-y color all year round so this building will really glow in its setting.”

“The video is invaluable at sort of summarizing and pulling altogether everything the building is offering,” McCain, one of the brokers, explained to Curbed.

The sales office isn’t set up to mimic any one particular apartment at 70 Vestry, but it does give you a sense of what the living and dining room, the kitchen, and the master bathroom in an apartment will look like (a bedroom hasn’t been set up in the space).

The building’s 46 apartments will range in size from 1,700-square-feet to 7,000-square-feet with two- to seven-bedroom apartments on offer. Floors three through seven, which are being referred to as the base of the building, will contain six apartments per floor, with setbacks beginning on floor eight. Three apartments will be on floors eight through 11, with floor 12 hosting two apartments, and the top two floors being home to the building’s two duplex penthouses. Rumor has it that those penthouses will ask $50 million and $65 million respectively. 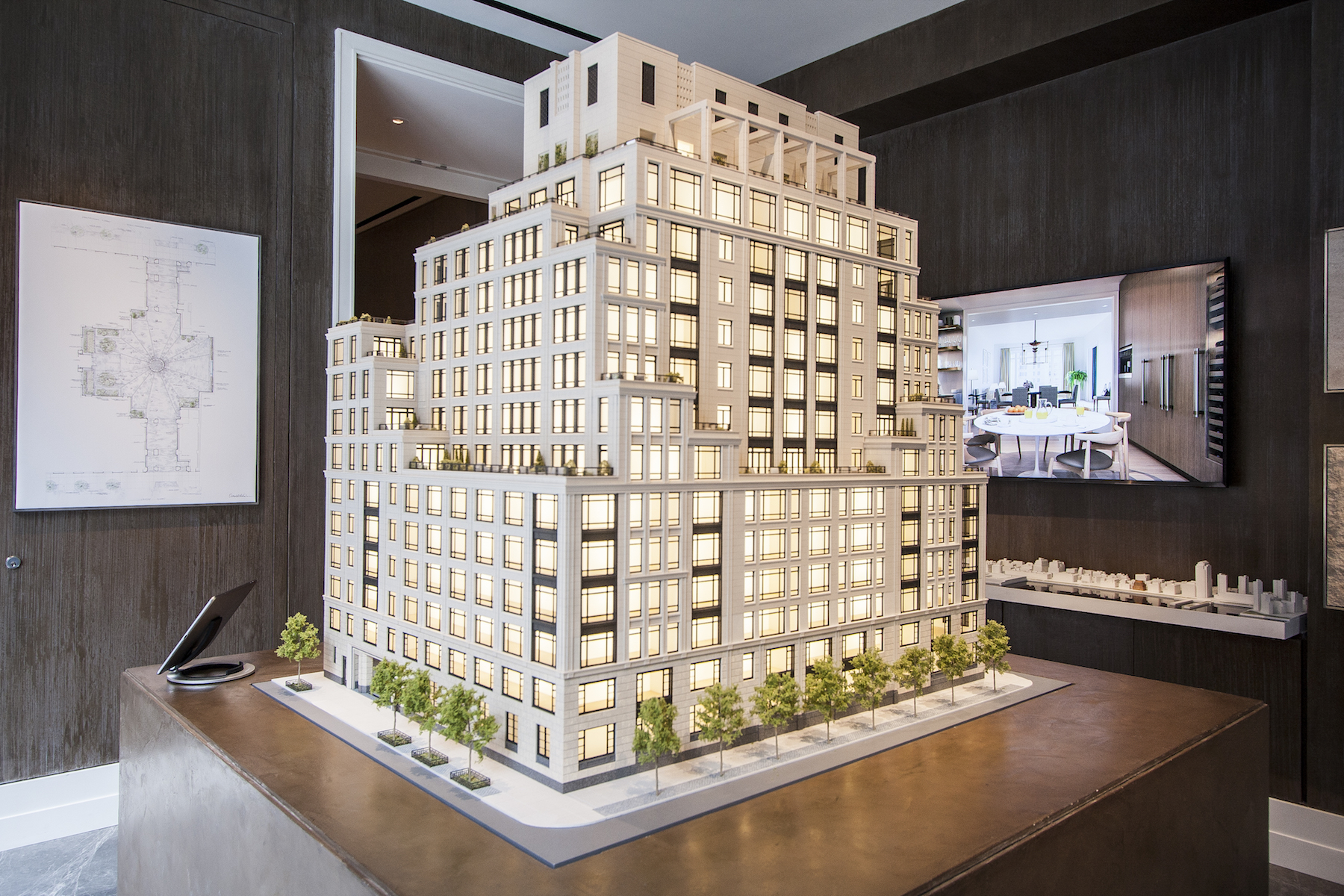 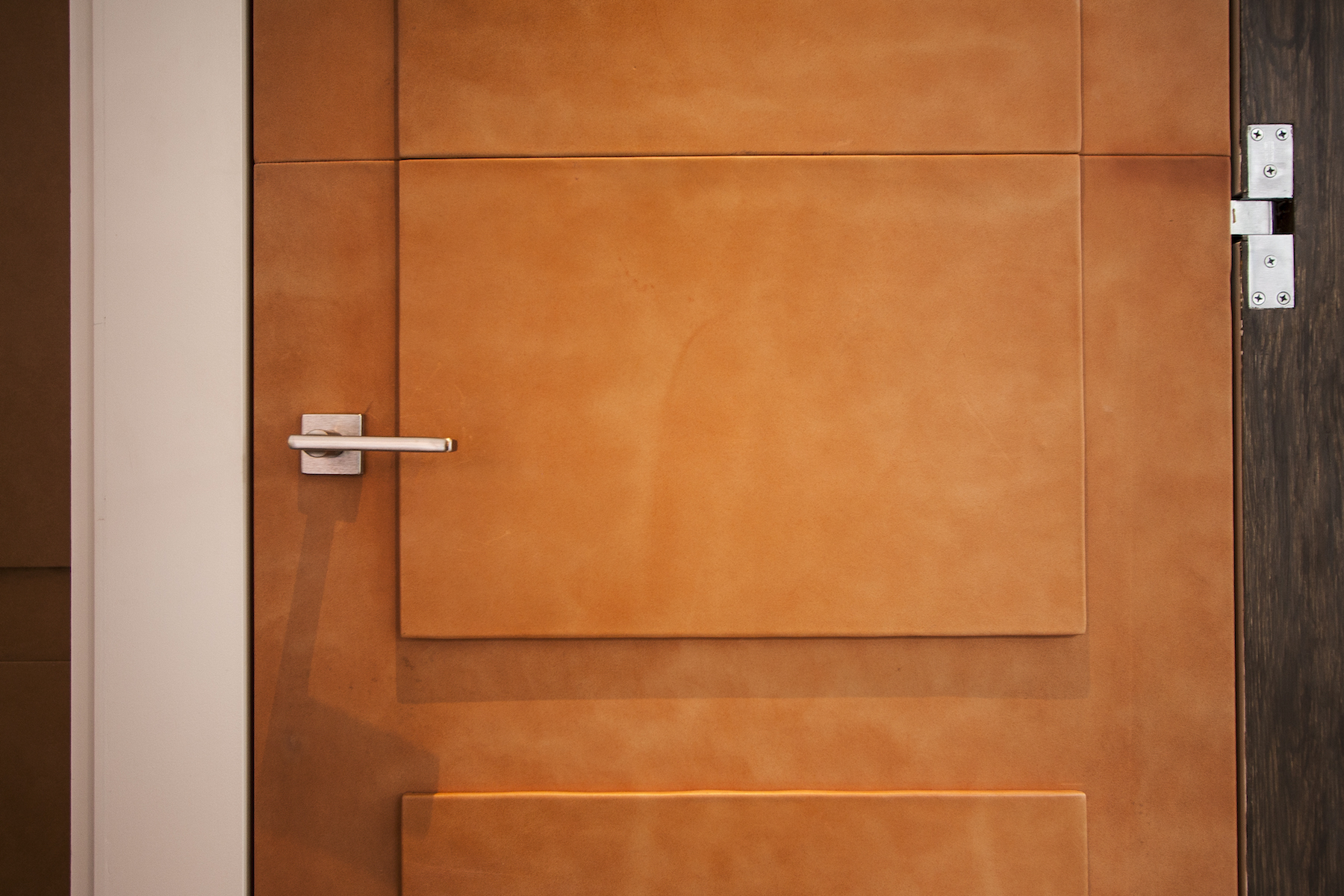 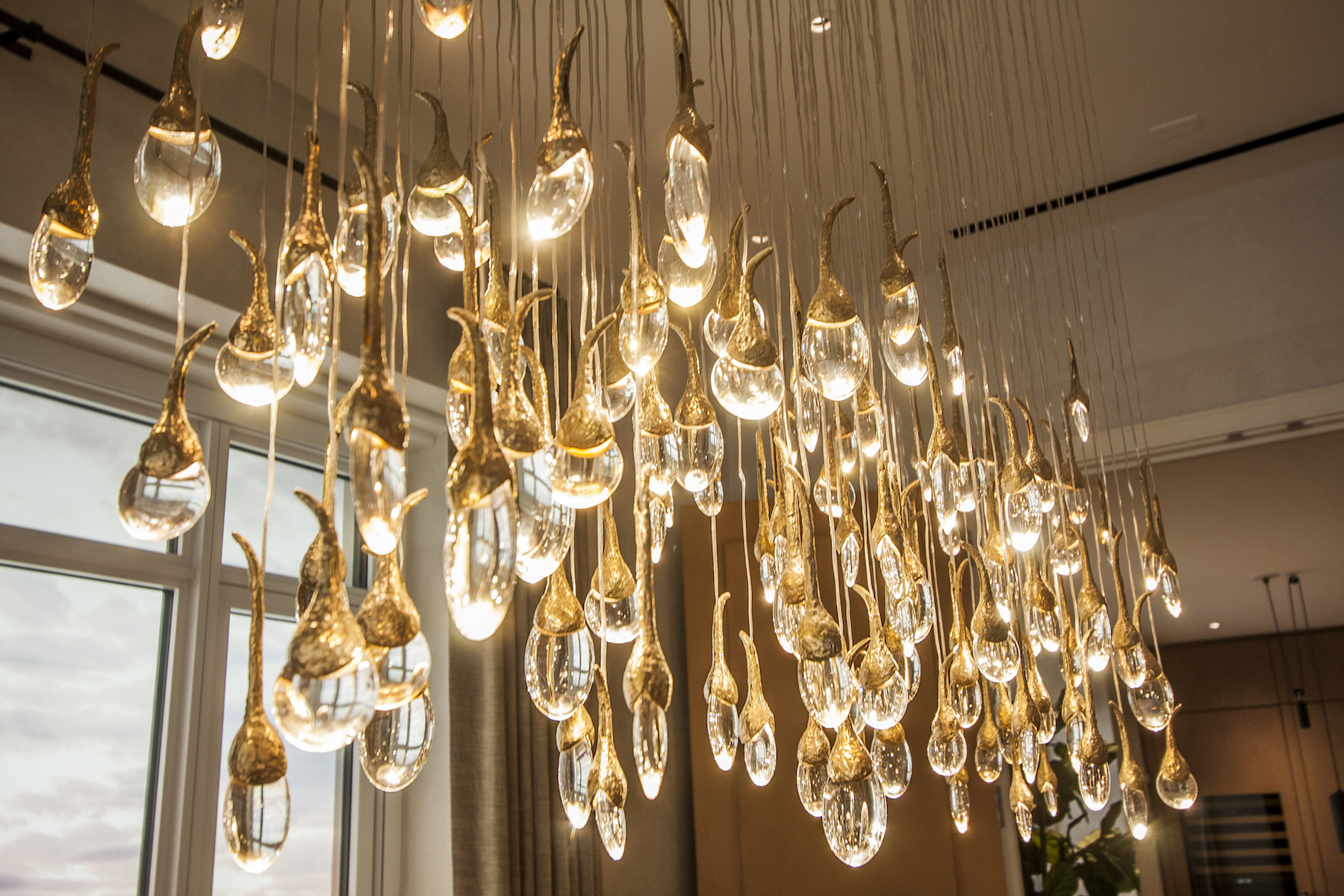 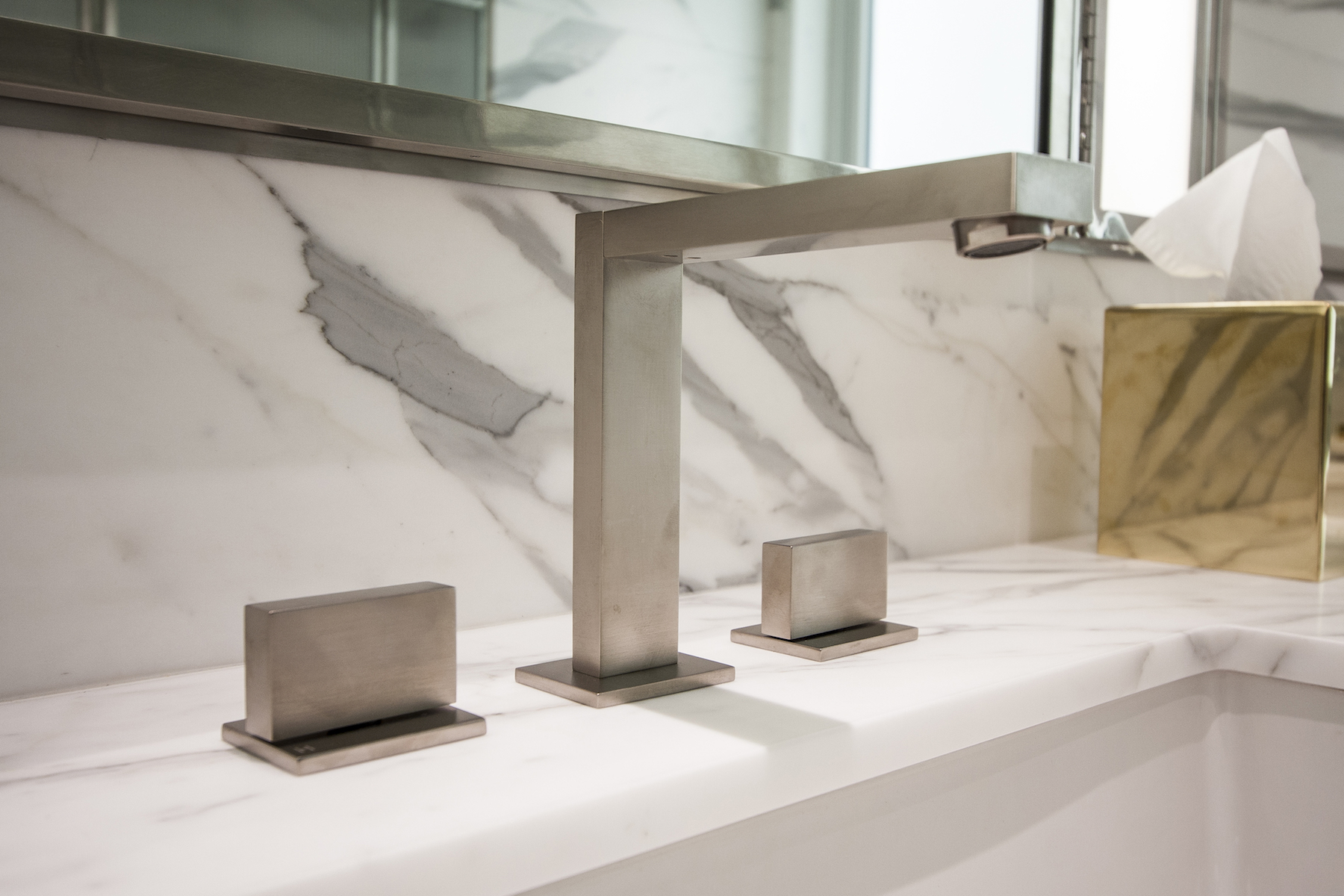 The penthouses will come with 10- to-12-foot ceilings, multiple private terraces, private elevator and stairwell access, and a formal dining room. And those are only the swanky features we know of so far. Several other apartments in the building will have setback terraces, fireplaces made with driftwood marble, windowed eat-in kitchens, and library/media rooms. Romualdez has designed the condos to have features like Bardiglio Imperial marble countertops with Calcatta Milano marble accents—a mouthful, to be sure—in the kitchen, and a custom designed horizontal fluted glass shower/toilet compartment door that’s fitted with a brushed nickel frame.

70 Vestry saw a soft launch in April this year, and of the apartments currently available prices range from $7.25 million for a three-bedroom spanning 2,446 square feet to $29.5 million for a five-bedroom condo spread out over 4,647 square feet.

The development was most recently in the news when it was revealed that Gisele Bündchen and Tom Brady were in the process of purchasing a five-bedroom apartment with an ask upwards of $20 million. In the midst of news surrounding a slowdown in the luxury market, celebrity buyers may have come as a welcome relief for the developer, but the brokers on the project told Curbed that sales have been moving steadily since the condos went on the market earlier this year. Related is anticipating a total sellout of $700 million at the building.

70 Vestry is located less than a 20-minute walk from another high-profile Robert A.M. Stern-designed building, 30 Park Place. That building however rises upwards of 900 feet, and has a Four Seasons hotel on the lower levels. But the biggest factors that set 70 Vestry apart, according to the sales team, are the fact that it sits on the waterfront—it is, we’re told, on the last undeveloped waterfront site in Tribeca—and that while it might seem like a small development based on the apartments, it has a set of amenities and features that rival the city’s biggest projects.

Just some of those jaw-dropping amenities spread out over 12,000 square feet include a lounge and dining suite for private functions, a children’s playroom, a fitness center by the Wright Fit that spans 8,000 square feet, a half Olympic swimming pool, and landscape work by Zion Breen & Richardson Associates, which includes a large water feature on the eastern wall of the building’s much-hyped motor court.

“70 Vestry to me is so special because it is only 46 homes but yet it is on a grand scale,” Wallison, the other broker on the tour, said. “It is very unusual to have this level of design and amenities in a building that’s really more of a boutique size.”

Construction on the condo is expected to wrap up sometime in 2018.