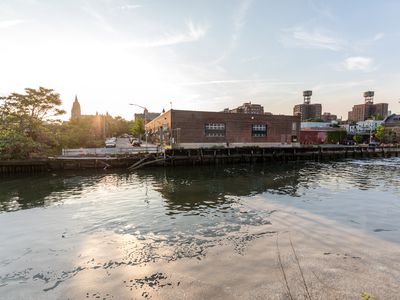 A rezoning of the neighborhood could create affordable housing, infrastructural improvements

Later this month, the city will officially launch its rezoning study of Gowanus, DNAinfo has learned. The study has been hinted at for months, and the announcement on the Department of City Planning’s website now makes it official with the first public meeting on the study scheduled to be held on October 27 at 6:30 p.m. at P.S. 32.

Some of the issues this study will examine include creating new and affordable housing in the neighborhood, improving pedestrian safety and beautifying the streetscapes, infrastructural improvements including the continued cleanup of the Gowanus Canal, preserving and developing space for the arts and the creative community as a whole, and making the neighborhood more resilient to floods.

City Planning will rely on the study spearheaded by local City Councilman, Brad Lander. Bridging Gowanus, as the projects was known, took place over two years between 2013-2015 and got feedback from local residents about the most important changes needed in the neighborhood. This past summer residents were asked to vote and prioritize those concerns, which City Planning will now take into account.

Rezoning efforts either supported by or undertaken by the de Blasio administration across the city have generated mixed reactions so far. While the plan in East New York was approved (despite the community’s reservation), efforts in Inwood and Sunnyside have failed, and another along Jerome Avenue in the Bronx has divided the community there.