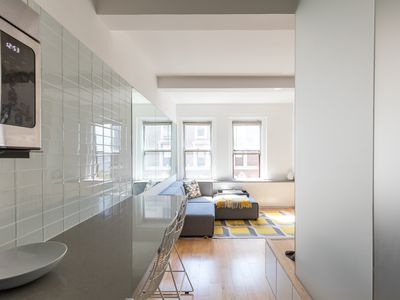 Architect Jacob Bek has lived in New York for almost 20 years, and each time he’s moved it’s inevitably been to a smaller apartment. That’s brought him to the smallest space he’s lived in yet, a nearly 300-square-foot studio on the Upper West Side, where he’s been living for the past three years or so.

Earlier this year, Bek completed an extensive renovation of the tiny space, which emphasizes simplicity over clever design tricks—that way, he could still have that feeling of different rooms or sections of the apartment. “I just knew I wanted simple, clean but kind of cleverly delineated spaces,” Bek said. “I knew I was never going to close a Murphy bed if I did one of those scenarios.”

Bek’s first apartment in the city was a massive loft in an old industrial building in Fort Greene where he lived while he was getting his undergraduate degree at the Pratt Institute. He spent close to 15 years in Brooklyn thereafter, also living for a while in Clinton Hill. The transition to the Upper West Side was a bit odd, understandably.

“It was kind of ironic that moving to the Upper West Side was a financial decision,” he said. “It was a bit of an adjustment considering I’d been Brooklyn for so many years and seen it change so much. “The Upper West Side is a lot more low key and a family kind of neighborhood. But just in the last few years, I’ve seen so many young people move in.”

Bek is the principal and one of the founding partners at his namesake design firm, Jacob Bek Architects Collective (JBA Collective), and having worked on several residential projects in the city before, finding the apartment wasn’t all that difficult. What sold him on the Upper West Studio was the light and the views of the Hudson River. He said he often spends his free time, laying in bed with a book and glancing at the boats moving along the river. 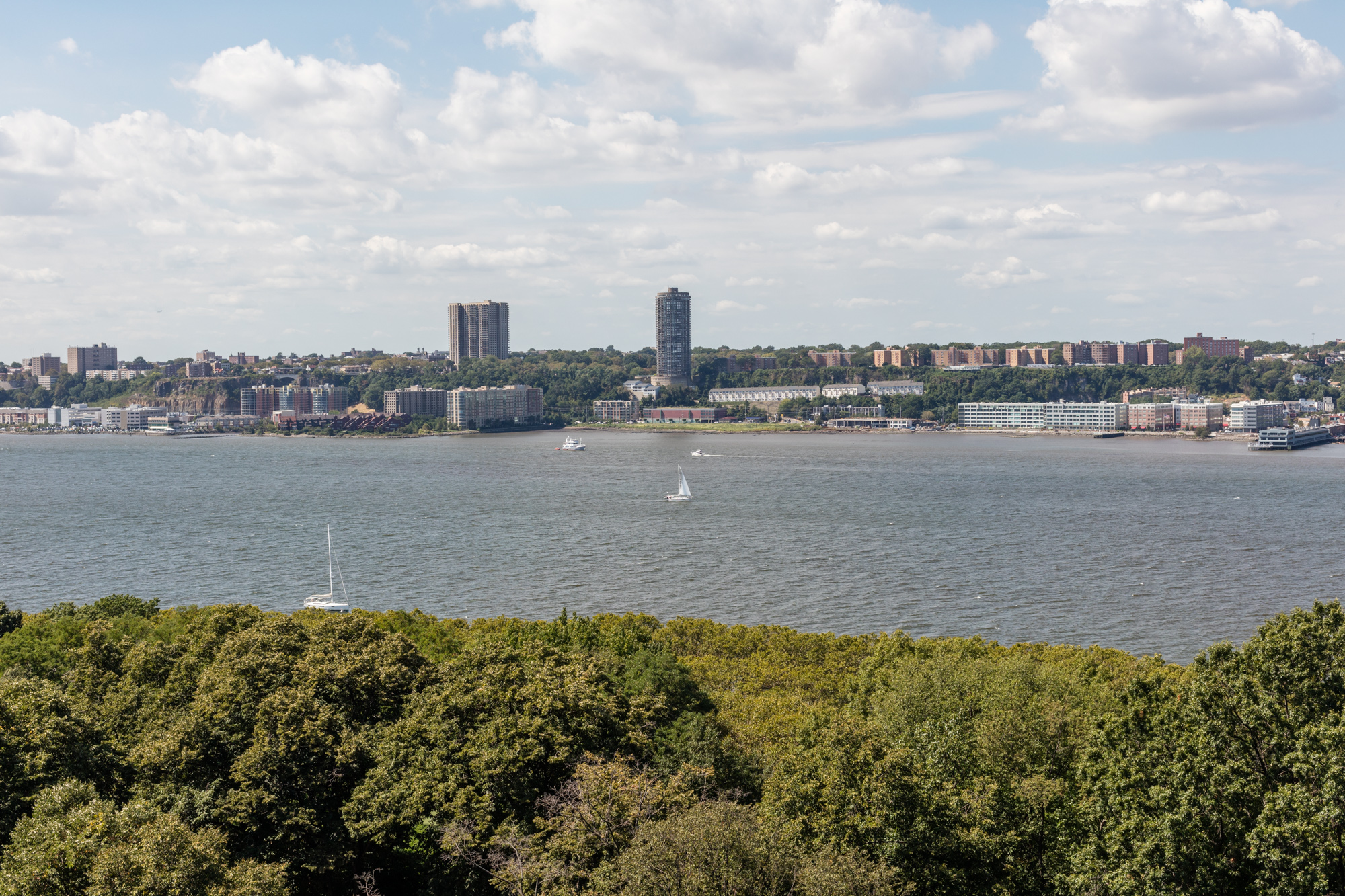 The challenge with the apartment, of course, was fitting into the relatively tiny space. Bek had worked on much larger residential and office projects and a micro unit wasn’t necessarily in his purview. But it posed a creative and interesting challenge nonetheless.

“This was a chance to think about a much smaller space that I don’t normally do in the office,” Bek said. “The one thing I knew was that I didn’t want it to be one of those convertible apartments.” He didn’t want a space crammed with furniture, where the tables expand to fit several people, or where the furniture could be folded away—he wanted to keep things simple. 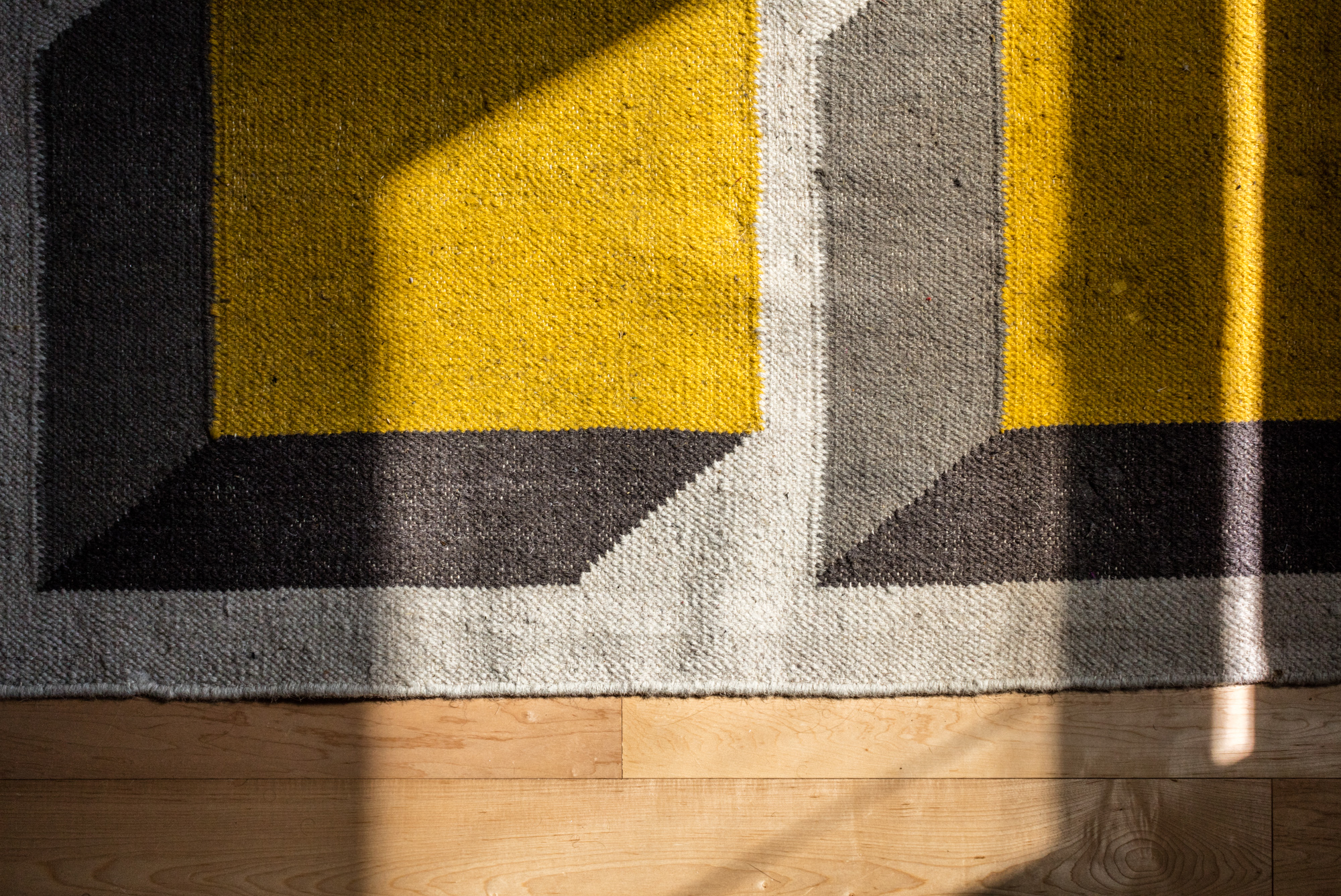 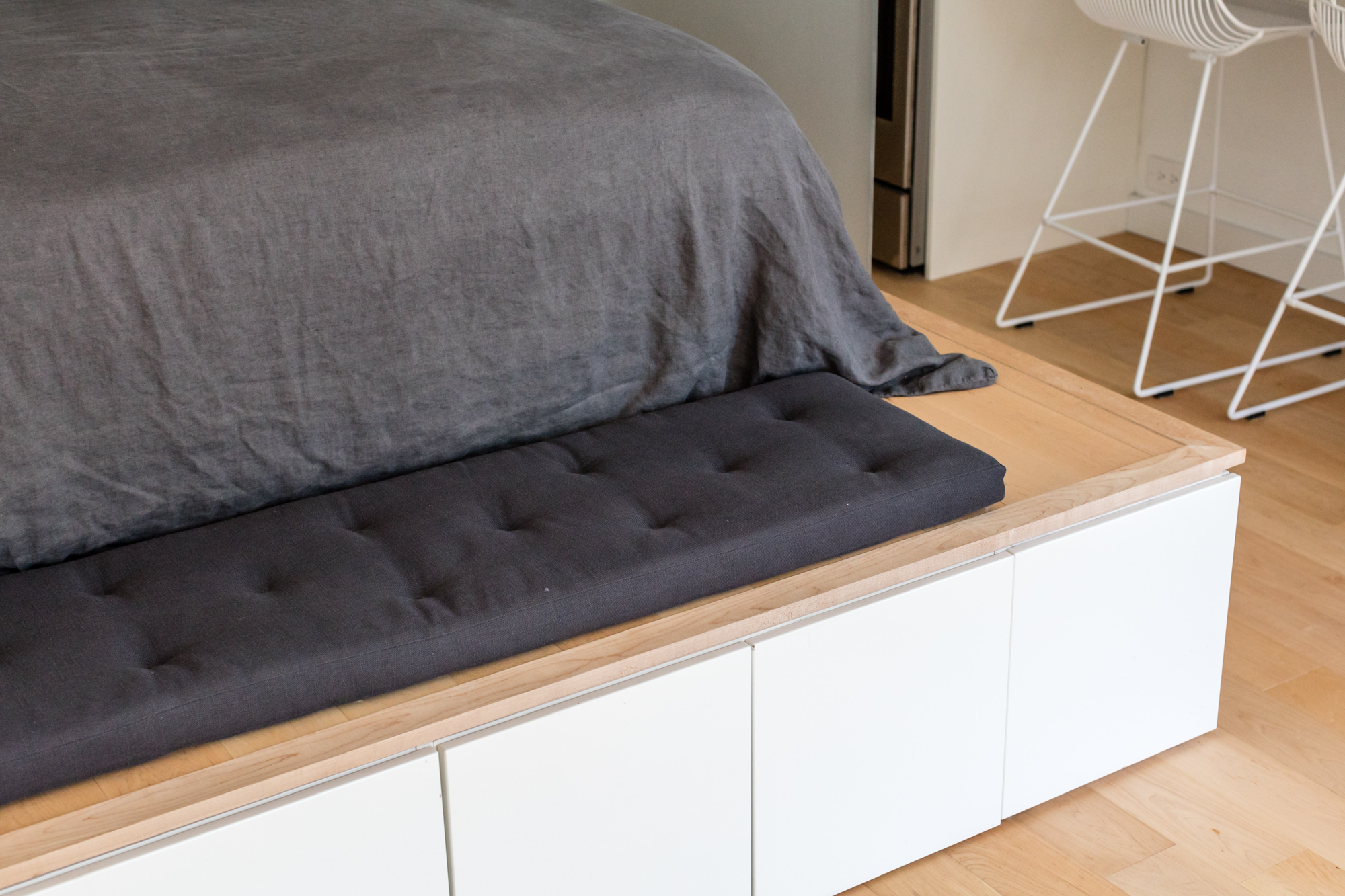 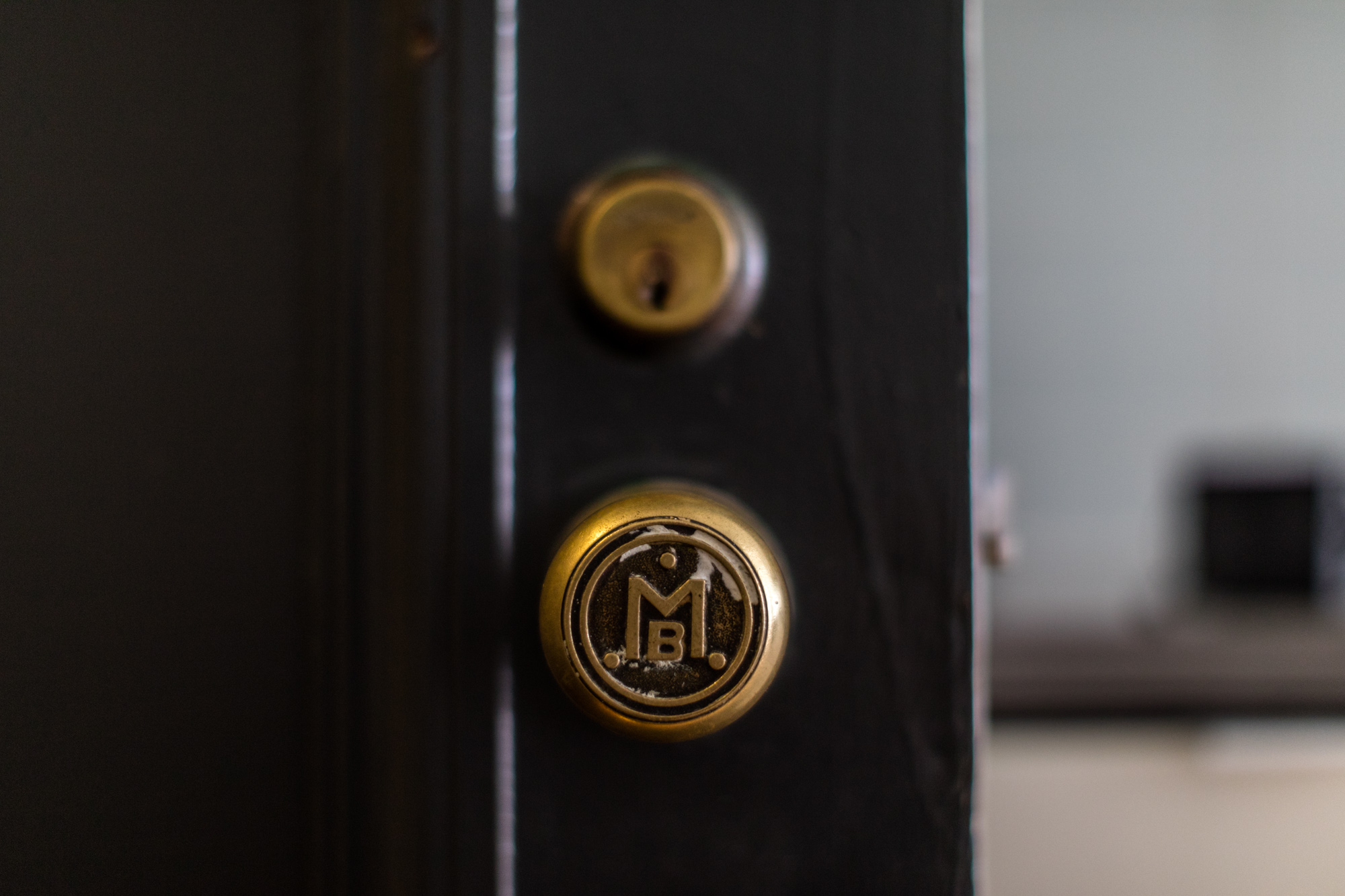 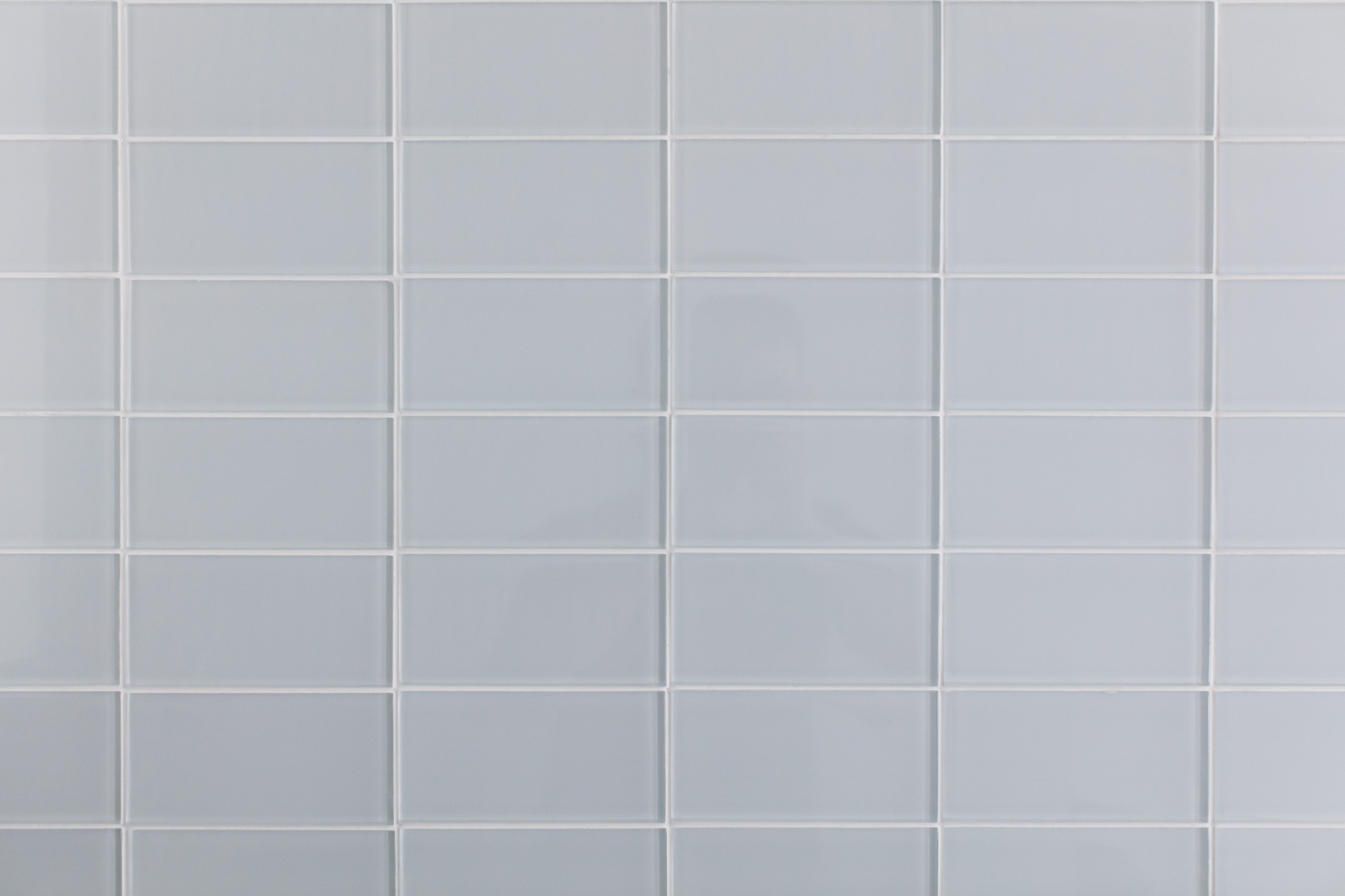 But remodeling in a co-op building from the 1920s had its own set of challenges. For one, there was the long process of getting approval from the building’s board. Then, there were the oddities that the space offered up when it was taken apart. For instance, when Bek removed the cast iron bathtub in the bathroom, he discovered old clothes and shoes stuck underneath.

“It was like a time capsule from a hundred years ago or something,” he said. From what Bek knows about the history of the building, the landmarked structure was first created to house some 300-odd artist studios, and a museum and theater on the lower floors. Over the years, many of the apartments were combined and expanded.

Work on his studio was going smoothly until a huge leak in a neighbor’s apartment upstairs pushed the project back further by six months, but earlier this year, construction finally came to an end. The fact that he chose to sparsely decorate his apartment also has to do with the fact he moved to London some years ago to pursue his masters. At the time he either sold or got rid of most of his furniture, and this apartment allowed him to “wipe the slate clean.”

“I very intentionally said I’m not buying a lot of things,” he added. For Bek, moving to a smaller space has been more about living and surviving in New York City. It’s by no means his top choice, but it is one way to solve the problem of affordable living in the city. On the micro living craze however, his feelings are mixed.

“It’s quite funny that it’s a trend now because these tiny apartments have been here forever,” he said. “The biggest difference is that a younger generation is reinvigorating them. Also, there’s such a massive amount of $10 and $20 million condos that there’s very little left for real New Yorkers. You’re forced to find these clever studios. Hopefully there will be a change but right now it is crazy.”